Using a bottom-up and agile project management approach, Lumics helped a client in China reach its goal of reducing direct costs by more than 15%. Booked man hours and material costs were targeted as well as changes in the C-Duct production system.

Reducing direct costs to improve pricing in an expanding market

The market for Maintenance, Repair, and Overhaul (MRO) services for aircraft related components (ARC) is growing steadily. From approximately 2.2 billion USD in 2018, it is expected to reach approximately 2.9 billion USD in 2023, with a compound annual growth rate of 5.6%, outperforming the global average MRO growth rate of 3.5%.1 Asia-Pacific is the fastest-growing region in the world with the number of commercial aircrafts in service continuously on the rise. As a result, the region hosts approximately 30% of the MRO service providers for aircraft nacelle and thrust reversers, followed by North America and Europe, with shares of 30% and 20% respectively. In this highly competitive environment, our client is striving to secure its leading position in the APAC Nacelle MRO market.

To achieve this, a strategy was designed to increase market share by reducing direct costs and increasing on-time delivery rates. The client drew on Lumics’ expertise to carry out a direct cost reduction initiative of approximately 15% within 2 years on production of Narrow Body Thrust Reversers, its primary product.

The application of transformation phases ensured capture of all potential areas for cost reduction, and the design and implementation of holistic solutions.

Agile methods facilitated progress aligned throughout all management levels and rapid adaptation of findings to the client’s needs. At the beginning of each three-week phase, a meeting was held to establish objectives and align assigned tasks and their priorities. Team check-ins occurred on a daily basis, using Kanban boards to communicate the day’s goals and the challenges and support needed to overcome obstacles. Through simulations and the definition of pilot areas, new processes could be tested to support the run-up to implementation. At the end of each phase, progress meetings were held to discuss what was learned and how the next phase could be improved.

Alignment of project goal and governance during the preparation phase

From the outset, the project goal was aligned between all of the client’s relevant stake-holders and Lumics, and hypotheses were collected. In a second step the work break-down structure was defined, including work packages, tasks, timelines and milestones. The meeting and review structure was jointly defined and a stakeholder and risk management map set up.

After the preparation phase, the team conducted a financial analysis, breaking down the relevant cost types to gain deeper insights and define together the baseline. In addition, appropriate diagnostic tools, like shift observation, organizational analysis, and data analysis were applied to test each of the proposed hypotheses. The tools were clustered according to the three lean lenses:

1. Technical System: The technical system describes how processes, tools, and resources are configured to create value.
2. Management Infrastructure: This cluster depicts how the operating system function is managed by formal structures and processes.
3. Mind-Set and Capabilities: This dimension takes into consideration employees’ thoughts and feelings as well as how they perceive their workplace as individuals and as a group.

The possibility of a 15% or more reduction in direct costs was calculated. The three lean lenses mentioned above reveal the areas identified for improvement.

Together with employees from different levels of the organization, the existing bay-oriented production concept was scrutinized and value stream analysis was carried out to understand the existing MRO processes. Challenges were identified and further deep-dive analyses performed on the shop floor using, for example, shift observation tools. During analyses of the shop floor, inspection processes were closely examined to define the scope of work and, as a result, the expected man hours and material. Furthermore, other inefficiencies were identified throughout the entire process, such as the walking distance to tool storage areas, time lag for decision-making and inspections as well as managerial coordination of complex workflows.

Identification of opportunities in the management infrastructure

Areas of improvement connected directly to direct cost were also uncovered in this cluster; for example, material cost. With the purchasing team, additional opportunities were identified concerning components under Parts Manufacturer Approval (PMA) as well as the purchase and use of surplus material. Engineering activities were also analyzed and as a result additional opportunities were identified, such as the self-manufacture of parts (SMP), updating repair schemes from single to multiple, and utilizing Designated Engineering Representative(DER)/Design Organizations Approval Lumics Reducing direct costs for thrust reverser MRO services in China (DOA). Together with logistics employees, other areas of potential direct cost reduction were uncovered: optimization of inventory stock management by adapting reorder levels, AOG and critical delivery fees, and consolidation of domestic shipments leading to reduction of transportation fees.

Other opportunities with an indirect link to direct cost were also identified: an existing yet ineffective performance management system using KPI’s and structured perfor-mance dialogues at the leadership level, how the organization was structured, and the definition and assignment of responsibilities. Besides that, current capacity planning and overtime approval processes were scrutinized, too.

Inclusion of employee and leadership mind-sets are crucial to a holistic diagnostic approach. The team applied the influencing model to gather insights into how ready the organization was for change. Moreover, current technical and nontechnical qualifications were reviewed to uncover further opportunities for streamlining. The existing training plan was analyzed to determine if qualification measures were customized to relevant business needs.

Solutions were jointly defined and implementation began with a focus on booked man hours and direct material costs as they both contribute most to direct costs. The guiding question for the team regarding booked man hours was “How can we make sure that mechanics spend most of their time working on the part?” As a result, various solutions were designed and rolled out.

First, the C-Duct (a part of the thrust reverser) processes were transitioned from a bay production concept to a customized line production concept adhering to the principles of lean flow. The client and Lumics project team were then able to calculate the required rate, incorporate flow and pull principles, and align the workload along with shop floor team leaders. Interface processes such as Customer Services, Engineering and Produc-tion Planning and Controlling were also redesigned to further strengthen production support. In addition, more tools were purchased to facilitate the highest possible tool availability at the place where they are needed. As a consequence, layout was adapted to create an efficient workflow. Additionally personnel costs were calculated, required qualifications defined, and additional training planned as needed. After finalization and alignment of the concept, implementation began, fostering immediate transparency and rapid, initial improvements.

Second, to tackle man hours and material costs, another step taken was to further improve inspections by double-checking the defined work scope to make sure that only necessary work steps are carried out and material is only exchanged when required by the customer or the Component Maintenance Manual (CMM).

Third, the team strengthened existing performance dialogues with a focus on reducing costs by reducing rework, overprocessing, walking distances, searching, and waiting times as well as identifying additional opportunities to reduce material costs. The project team coached and supported team leaders on a daily basis by providing feed-back and inspiration for further improvements. Additionally, awareness of the importance of cost reduction was raised again and ideas for improvement collected on a daily basis, supporting change for all employees at all levels.

These results were achieved through active and intensive employee involvement at all hierarchical levels. By concentrating on the shop floor, Lumics made smooth communi-cation possible by providing daily visibility of the team leaders and mechanics along with use of the local language. The client has been running several cost reduction programs implemented by the local lean team in the past. Through close cooperation with Lumics, it was possible to further enhance this structure, find additional levers, and initiate deeper change.

Also, by developing its change story together, the company was prepared for the forth-coming change. Findings were discussed in depth with the client and engagement was further strengthened through targeted feedback and coaching. The client showed commitment by taking an active part in identifying levers and showed initiative by presenting the project results during review board meetings.

Through implementation of jointly developed and agreed upon measures, the goal is to reduce direct costs by more than 15% within the next two years. By incorporating direct cost savings into the profitability calculation, the project plans to achieve a positive qualified internal interest rate in 2019 and the next consecutive five years of approxi-mately 100% in order to exceed the required minimum values by multiple times. Through the client’s engagement and accountability, the success of the project is guaranteed.

The support of the LUMICS team enabled us to get a fresh perspective on our longtime production concept. Together we developed a new approach using Flow and Pull principles to redesign our production concept. I am convinced that this transformation will further increase our efficiency and creat more transparency. 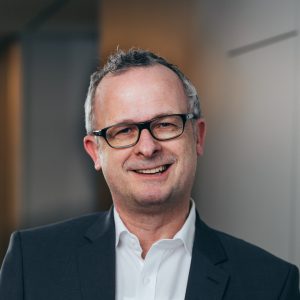 Christian Fontius
former Principal Aviation MRO
Christian, based in the Hamburg office, worked for Lumics from June 2016 to August 2019. He is well experienced in operational leadership and aviation as e.g. Director Component- and Base Maintenance at Austrian Airlines. Christian worked as professional precision mechanic as well as management consultant. His focus is on transformation and realignment in aviation and MRO with transnational challenges in corporate groups. 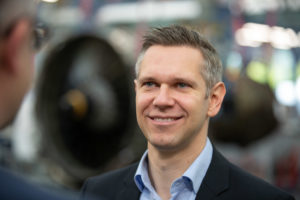